In the 1800s, European native oysters from Lough Foyle and Carlingford were exported in large numbers to markets mainly in England. The earliest record shows that Lough Foyle oysters were being sent via steamship to Liverpool as far back as 1832.

Today, Lough Foyle continues to support a traditional wild fishery and one of the last remaining populations of European native oysters. The fishery lands between 100 and 200 tonnes every year. Most of these are exported to continental Europe.

Government agencies and fishermen’s organisations have compiled many studies and reports about the fishery. They agree on calls for effective regulation to prevent overfishing and protect the oyster beds and stocks.

Loughs Agency has managed and regulated the fishery since 2008. We use a whole ecosystem approach which takes the entire marine environment, including habitat and non-commercial species, into account.

We carry out surveys every autumn and spring. Their results, together with information from the spawning assessment, help to inform management decisions

The data is used to indicate the number of oysters above the 80mm minimum landing size which may be available to harvest. It allows us to take a precautionary approach to management and ensures that an effective spawning stock is maintained.

The blood parasite Bonamia ostreae has caused a widespread loss of native oyster fisheries around Europe in the last 40 years. It was first detected among Foyle oysters in 2005 and has only recently begun to cause mortality in our stocks.

Loughs Agency carries out regular sampling to monitor this disease. The infection level remains  low and stable. Fishery regulations allow us to close beds to fishing activity, if necessary. 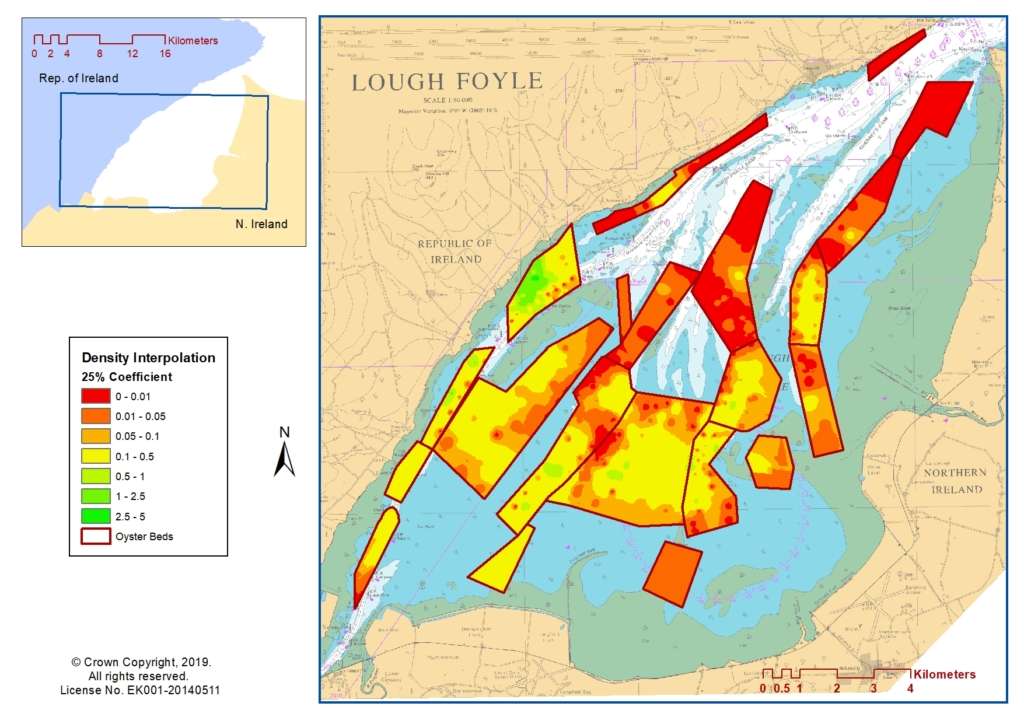